Home
Market
Did hedge funds score on masks and sanitizer? Not so much
Prev Article Next Article
This post was originally published on this sitehttps://i-invdn-com.akamaized.net/trkd-images/LYNXMPEG4J09W_L.jpg 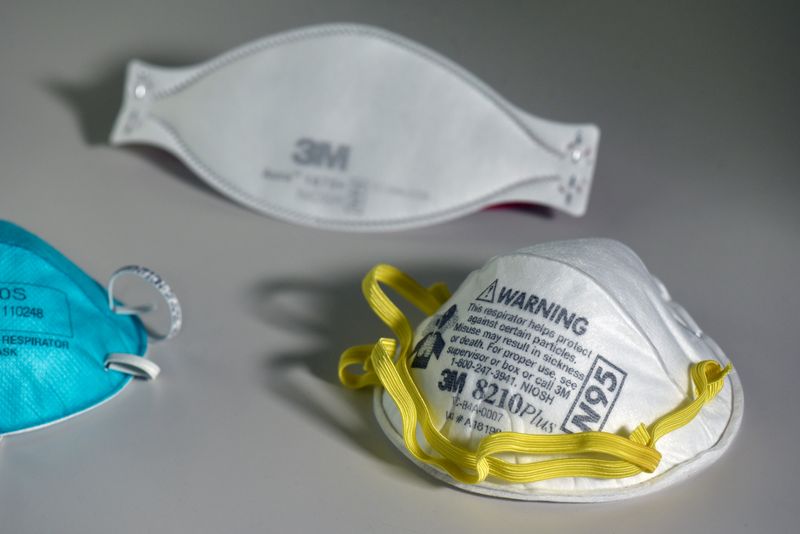 BOSTON (Reuters) – What would seem like a sure win for elite investors – early bets on companies racing to make face masks, hand sanitizer and other coronavirus-related protective products – turned out to be a relatively unpopular strategy and one with surprisingly mixed results.

Hedge funds, on a net basis, sold off more than $760 million in those three stocks over the first quarter, according to Symmetric.io data, bringing the number of funds that own them down to 225 from 230.

Playing the pandemic, investors said, was difficult amid roller-coaster trading fueled by fears of the virus’ spread, surging unemployment rates, tumbling oil prices and government stimulus spending. By the end of March, the S&P 500 stock index had ended its 11-year bull market run and was off around 20% for the year.

St. Paul, Minnesota-based 3M, for example, became a household mask name as people around the country raced to hardware stores and online to buy the company’s N95 products. But the company’s stock price is off 15.4% this year as mask sales make up only a small portion of revenue, broadly hit as products for the manufacturing sector lagged as factories like automakers were shut down.

Representatives for the firms declined to comment on the investments or did not respond to requests.

Honeywell, which makes electronics and materials for the aerospace, building and other industries, also ramped up its mask-making business as the virus spread.

Maverick, already a top holder, added to its stake in the first quarter and Arrowstreet Capital, put on a new position, filings show. Still, Honeywell’s stock price is off 24.3%, more than the S&P 500’s roughly 8% loss this year.

Balyasny and Arrowstreet were among the hedge funds to initiate investments over the first quarter in protective clothing maker Lakeland Industries (O:LAKE), valued at $108 million. Lakeland’s stock price is up 26% this year.

Tudor Investment Corp, Millennium and Arrowstreet all made new investments in MSA Safety (N:MSA) during the first quarter, filings show. Stock of MSA, which makes protective face gear among other things, has gained 12% in the last four weeks but remains off 4% for the year.

And Tiburon Opportunity Fund LP, a small hedge fund that usually focuses on financial stocks, held and slightly added to its position in Edison Nation Inc (O:EDNT), which recently scored a large sanitizer and mask contract. The small company’s stock price rocketed higher to now trade with a 22% gain for the year.

Tiburon boss Peter Bortel told Reuters that his fund is off about 16% for the year but that PPE-related bets have helped mitigate those losses.

“There was clearly a great business opportunity,” Bortel said.